Blog All Posts 【Mini Storage: Expectations vs. Reality】 4 Problems I have Encountered
All PostsHot TopicsStorage Tips

【Mini Storage: Expectations vs. Reality】 4 Problems I have Encountered 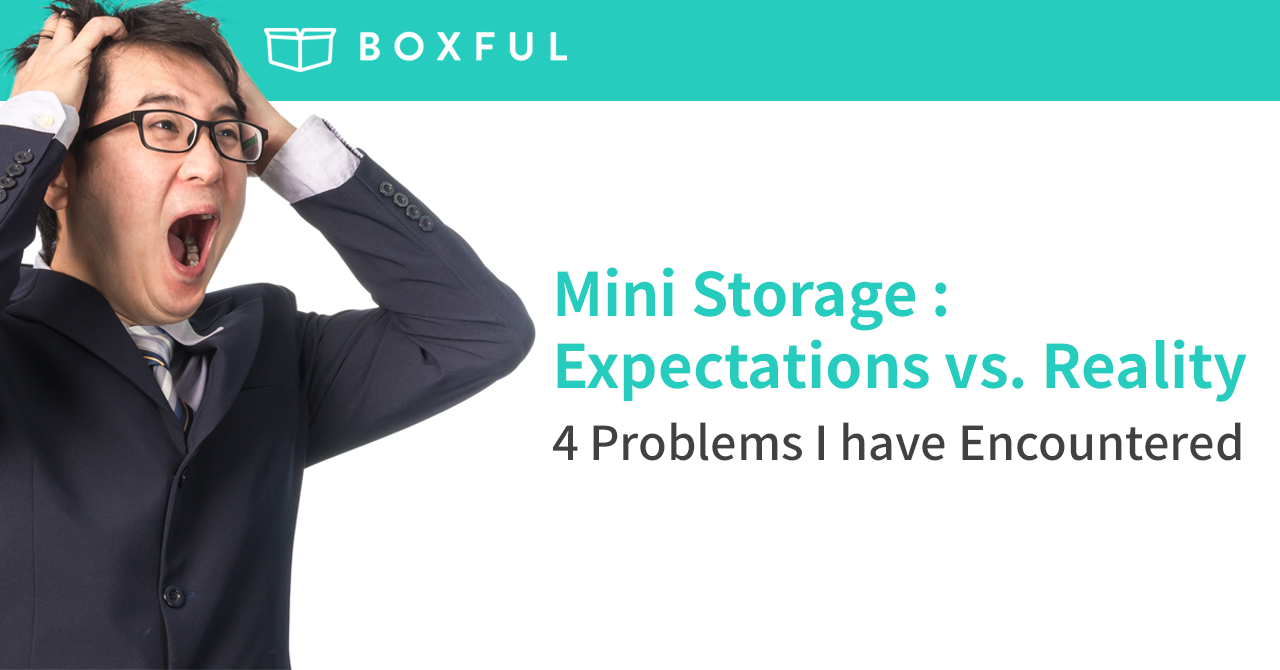 I have a lot to share when it comes to the usage of mini storage. I have been utilizing mini storage for a very long time due to Hong Kong’s shortage of land and my habit of keeping books. I’m confident to say I am one of the first people in Hong Kong to rent a mini storage. In recent years, there are more and more companies offering similar services. However, just because there are more options does not mean service is getting better. Let me share my experience with mini storage with you and the problems involved.

Many companies promote their mini storage service by claiming to offer cheap rental prices. For example, they say things like “rental fee starts from $438 each month” to give people the impression that their storage problems can be settled by a couple of hundred dollars each month. But is it really that cheap? According to my own experience, not necessarily. And most of the time the “starting from” price doesn’t even exist!

When you call or even ask them in person they would tell you there is indeed a $438 rental but only available for the smallest size which they have all been rented out. What’s left are the medium- and large-sized ones which cost you $688, $888 or even $1,088 and they were way beyond your budget. Of course they did not try to lie or con you as there really is a $438 rental, just those smaller-sized storage units were all rented out due to increasing demand. So I rented a mid-sized storage unit a few years ago to store my boxes of books, toys, and miniature items. The storage unit is quite spacious for a $888 rental, but the $888 is only the starting rent…

I didn’t choose to pre-pay 6 months’ rental fee nor 12 months’ rental fee instead I chose to pay monthly. I would pay the bill when the company billed me every month. However, a few months later I received a surprising message – “Kindly note that starting from 201x/x/x, your storage fee under unit #YYY would rise to $988. Please arrange payment accordingly. Thank you.”

Are you serious? Did they just raise the rental fee like that? I went through the documents again and it seems there is no regulation to limit the raise on the rental fee. There is about 11% raise from $888 to $988. I had no choice but to accept it anyway.

And then the next year the rental fee raised again from $988 to $1,088. The rent raised every year and it was entirely up to the company’s desire (usually it’s about $100/month increment). After a few years I was not paying the original price of $888 anymore but $1,388 every month! As consumers, there was nothing I could do but to accept it given the lack of land supply in Hong Kong. 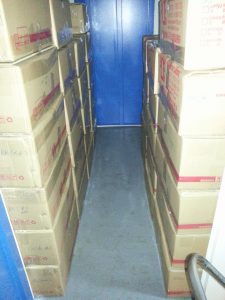 The storage unit I rented was quite spacious. After putting in almost 40 carton boxes there was still a pathway and there was a back door.

One day I received another letter from the company again saying “the company is closing down on x/x/x. This is to notify you to please remove all items from your storage by x/x/x. In case of a delay…”

I was so shocked! After all these years they were closing down just like that? The staff told me it was because the landlord raised the rent drastically since he noticed the company was doing well. The owner of the company could not see any profit so he decided to just close down the facility.

So what should I do? I was trying to find another mini storage but most of them were full. It took me some time to find a vacancy but the rent was $1,388 for half the size of my old one.

Consumers were very worried about this industry as a huge fire took place in a mini storage complex around the time (June 2016). The Hong Kong Government started to enhance patrol and forced mini storage companies which were not up to standards to close down. 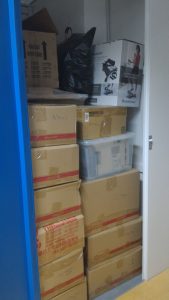 I was forced to move to another storage. Space was smaller but the rent was the same. The 40 carton boxes that I had have to pile up to the ceiling!

4）I thought it was part of a large organization?

Things got worse and worse. I thought everything would be fine since I had moved to another storage facility owned by the same organization. But turns out my carelessness led to another problem.

I was used to paying monthly with PPS but I accidentally paid to my old account instead of the new one. I thought it shouldn’t be a problem since they were both under the same organization. But then after a month’s time, the staff told me there was no record of me paying because the old facility has already closed down and they, being just the franchiseem could not trace the payment and asked me to ask the HQ myself. I tried my best to reach the company through email, hotline and 24-hour customer service but so far I still haven’t had any reply. And they even labeled themselves as a large operating organization? What a joke!

In sum, traditional self-storage is very troublesome and if you had encountered the same problem as I did, more innovative storage services such as Boxful can help you! Check it out yourself!

[Boxful Fulfillment Guide] How to Choose the Best...

[Boxful Fulfillment Guide] How to Make Your Business...